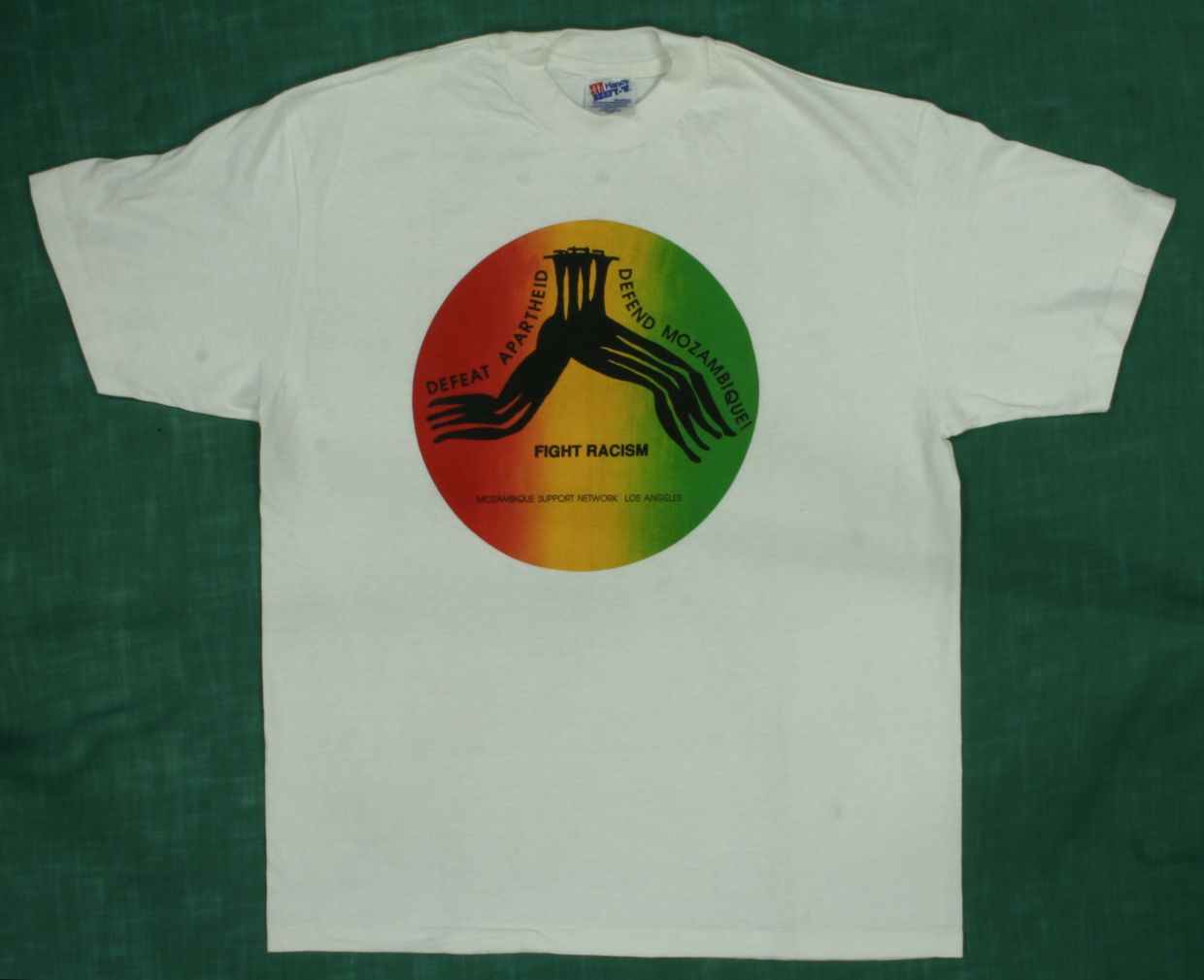 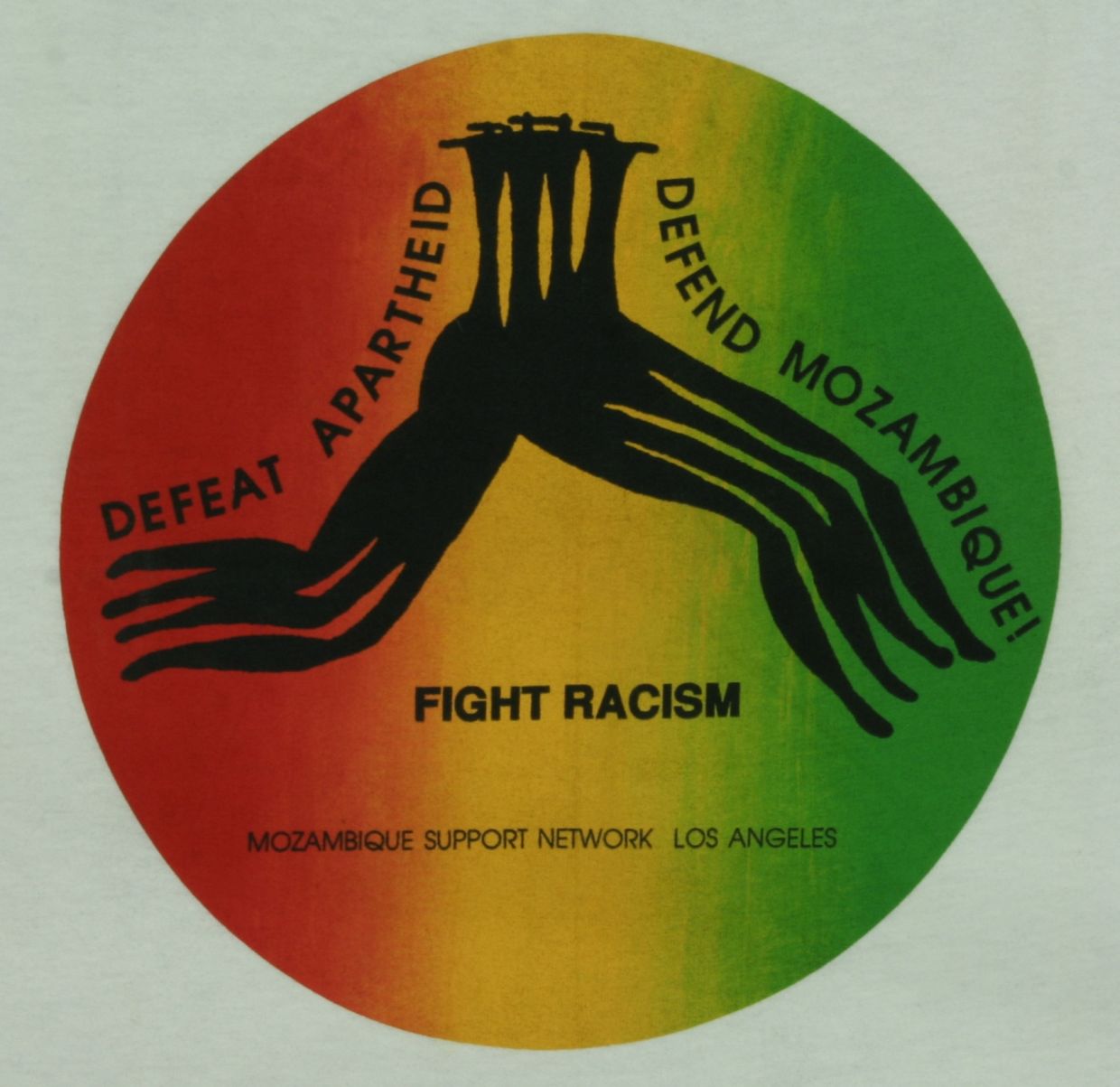 The T-shirt design, by Rachel Chapman, shows four black, abstract figures leaping together across a circle with a horizontal pattern of red, yellow, and green. The T-shirt was also produced with a white design on black. The “Baobab News” December 1992 / January 1993 issue (available on this website) announced that the shirt was available for sale.

Used by permission of former members of the Mozambique Support Network.