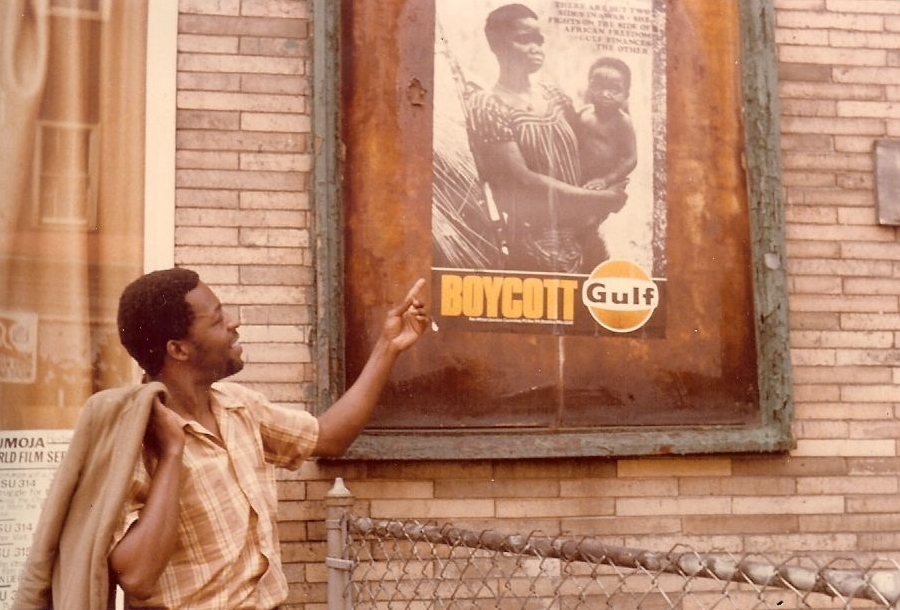 Chris Nteta of the Pan-African Liberation Committee (PALC) outside the Multiservice Center in Roxbury, Massachusetts in 1971 or 1972 with a Boycott Gulf poster produced by the Committee. Gulf Oil was exploiting oil in the Portuguese colony of Angola, providing Portugal with a large amount of revenue that it used in its war efforts against the liberation movements in its colonies (Angola, Mozambique and Guinea-Bissau). PALC sought to get people to boycott Gulf and for Harvard to sell its shares in the company. Nteta, A South Africa exile and then a student at Harvard Divinity School, remained a leader of the solidarity movement in Massachusetts until the end of apartheid.