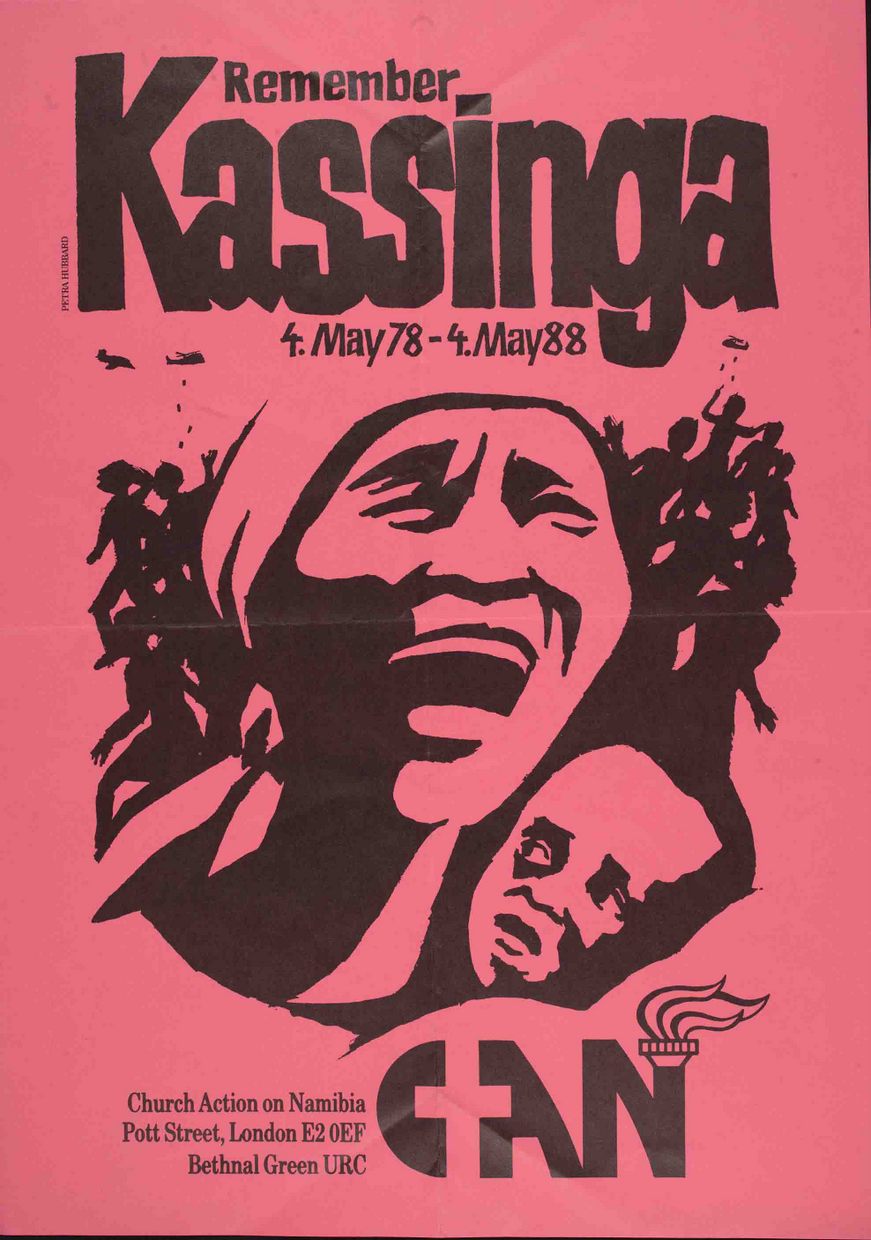 Poster commemorating the tenth anniversary of the Kassinga massacre. On 4 May 1978 South African troops massacred over 600 Namibian refugees at Kassinga in southern Angola. Hundreds more were abducted and detained at a South African military base in northern Namibia. This image was provided by the AAM Archives Committee.

Used by permission of Petra Rohr-Rouendaal