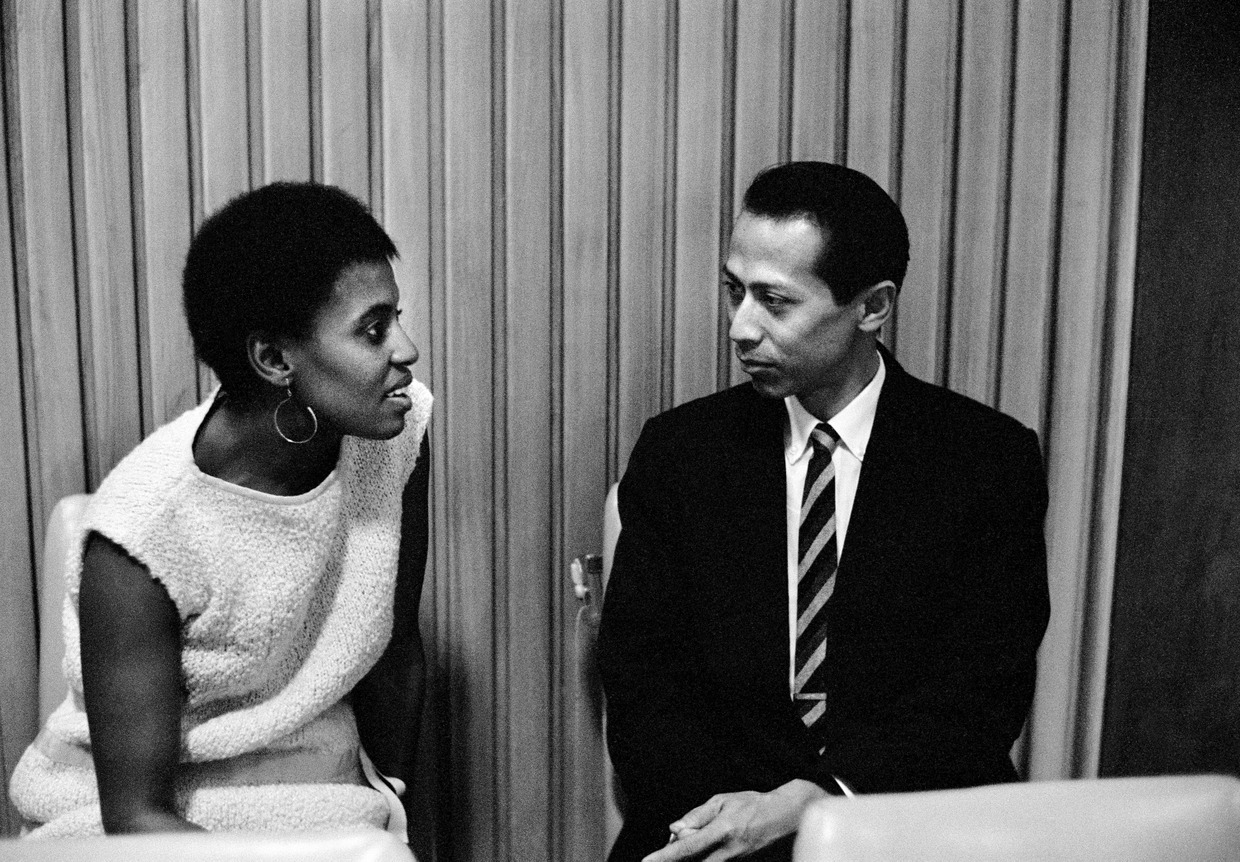 Click image to enlarge
by UN Photo
New York, New York, United States
July 16, 1963
Organization:
Special Committee Against Apartheid
Browse other objects related to organization
Type: Photograph
Coverage in Africa: South Africa
Coverage outside Africa: United Nations
Language: English
Miriam Makeba, the well-known South African singer, appeared as a petitioner before the Special Committee on the Policies of Apartheid of the Government of the Republic of South Africa and charged that the Verwoerd government had turned South Africa into "a huge prison." She said the time had come for the world to "act with firmness to stop these crazy rulers from dragging our country into a horrifying disaster." In this photo, Miss Makeba is seen with Mr. Karseno Sasmojo, of Indonesia's Permanent Mission to the U.N., shortly before the meeting opened.
Collection: Private collection of E.S. Reddy