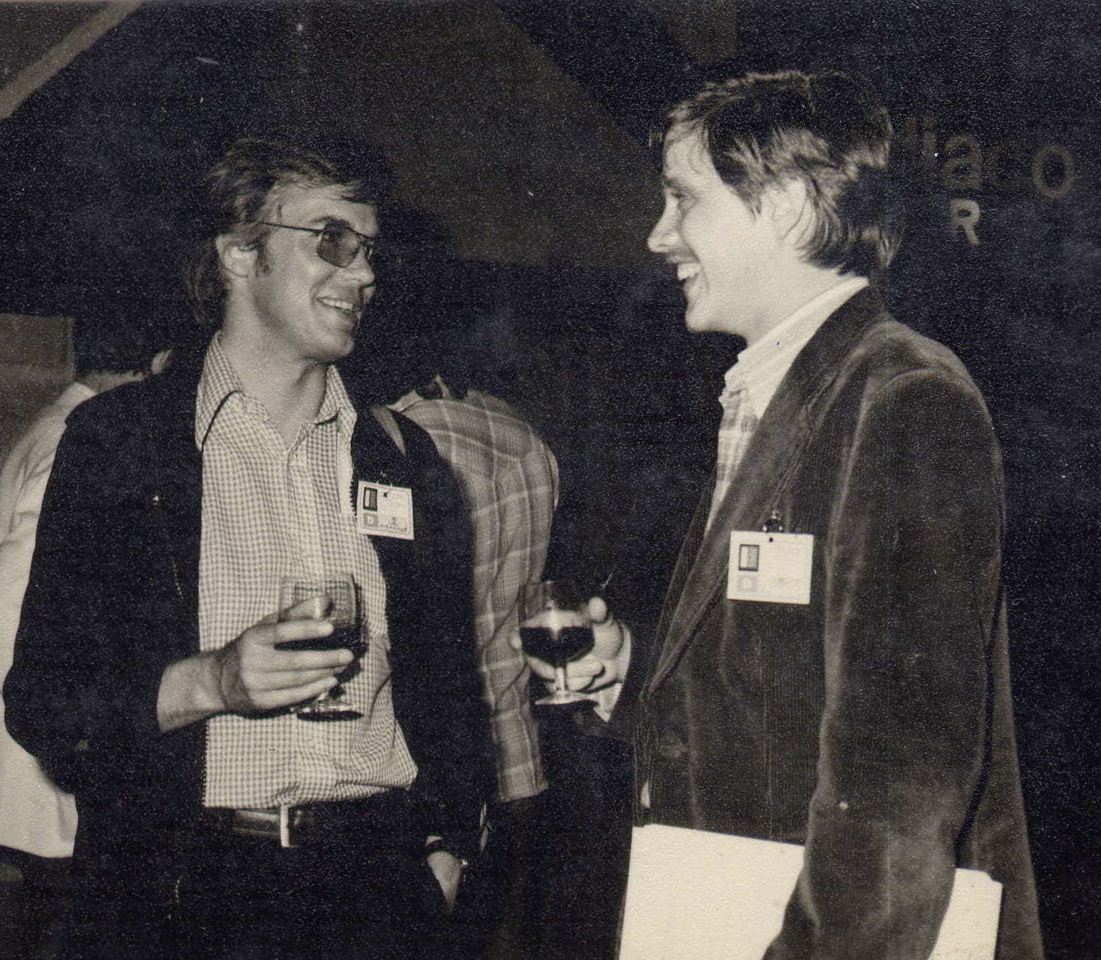 Click image to enlarge
London, United Kingdom
Late 1970s, possibly about November 2, 1979
Organization:
American Committee on Africa
Anti-Apartheid Movement
Browse other objects related to organization
Type: Photograph
Coverage in Africa: South Africa
Coverage outside Africa: United States
United Kingdom
Language: English
Horst Kleinschmidt (left) and Paul Irish of the American Committee on Africa. Possibly this photograph was taken at the International Seminar on the Role of Transnational Corporations in South Africa in November 1979 organized by the British Anti-Apartheid Movement in co-operation with the United Nations Special Committee Against Apartheid. Irish was Associate Director of the American Committee on Africa. Kleinschmidt, a South African forced into exile because of his anti-apartheid activities, was appointed in 1976 the Overseas Representative of the Christian Institute, based in Utrecht, The Netherlands but in October 1977 the Christian Institute, together with all Black Consciousness organizations, was outlawed in South Africa. In 1979, Kleinschmidt accepted work in London with the International Defence and Aid Fund for Southern Africa (IDAF) but this photograph may have been taken before he moved to London.
Photo courtesy of Horst Kleinschmidt.
Collection: Private collection of Horst Kleinschmidt