Where are their graves in Soweto 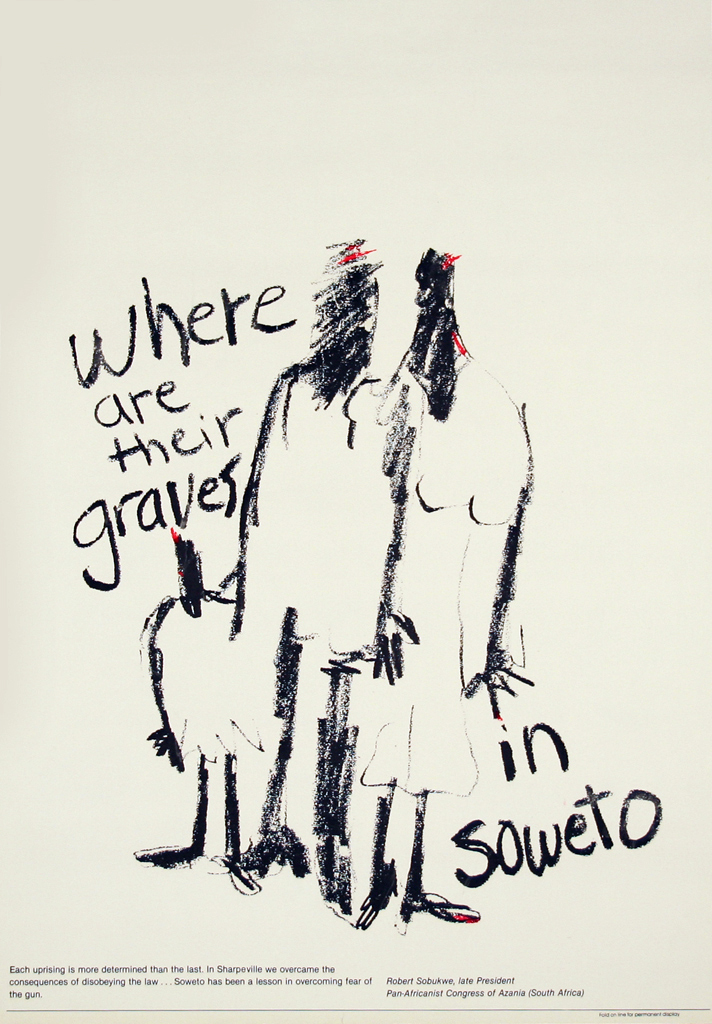 Where are their graves in Soweto

Click image to enlarge
by American Committee on Africa
New York, New York, United States
Fall 1978?
Organization:
American Committee on Africa
Browse other objects related to organization
Type: Poster
Coverage in Africa: South Africa
Coverage outside Africa: United States
Language: English
Each uprising is more determined than the last. In Sharpeville we overcame the consequences of disobeying the law … Soweto has been a lesson in overcoming fear of the gun. Robert Sobukwe, late President of Pan-Africanist Congress of Azania (South Africa)

The is from the Anti-Apartheid Poster Calendar for the February 1979 produced in Fall 1978. The calendar part with the month and days was cut off. In 1976/7 the American Committee on Africa (ACOA) held an anti-apartheid poster contest. ACOA produced calendars for the years 1978 and 1979 from poster submitted to the contest. The calendars were produced in cooperation with the United Nations Centre Against Apartheid. The poster includes a quote by Robert Sobukwe, late President of Pan-Africanist Congress (PAC). Original poster by Debra Solomon.