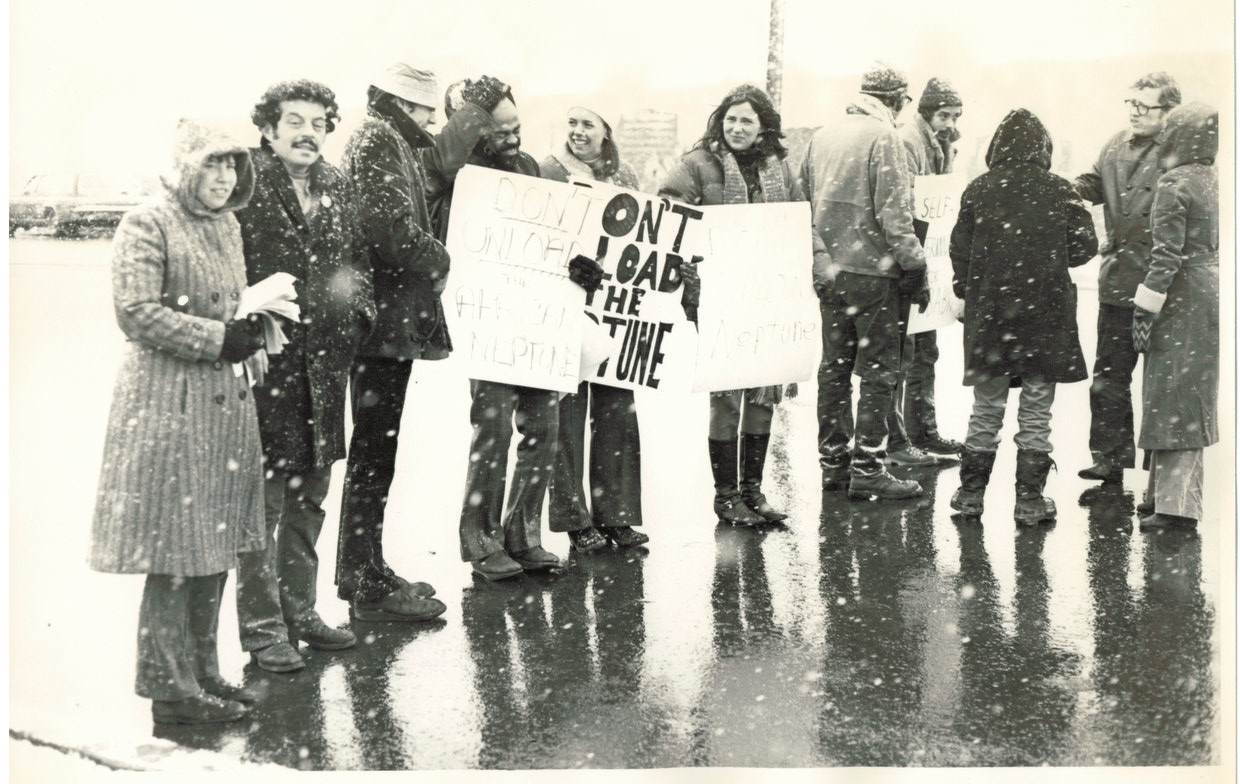 Protesters gathered on the docks in Philadelphia to picket the ship African Neptune which was carrying chrome from Rhodesia. The person second from the left us Henry Lieberg of the American Committee on Africa (ACOA). The picket was organized by the Philadelphia Coalition to Stop Rhodesian Imports, one of a number organized by that group. The white minority Rhodesian regime of Ian Smith had unilaterally declared independence from Britain in November 1965 rather than move toward eventual majority rule. As a result, the United Nations Security Council had adopted mandatory trade sanctions against Rhodesia in 1966. In November 1971 Congress had passed the Byrd Amendment to the Military Procurement Act of 1971 which allowed the importation of chrome. The Byrd Amendment allowed companies to violate the UN sanctions and effectively overturned a 1967 executive order by President Johnson implementing the sanctions. Similar protests were carried out at a number of ports starting in Burnside, LA in March 1972 when the ship Santos Vega arrived with the first Rhodesian chrome imported into the United States in six years. The unloading of the Santos Vega was done by laborers hired by the terminal management because the International Longshoremen's Association refused to handle it. Protests were also held at the port cities of Baltimore, Norfolk and New York and on the West Coast. As a result of the protests, a number of ships were diverted from their initial ports at considerable extra expense.