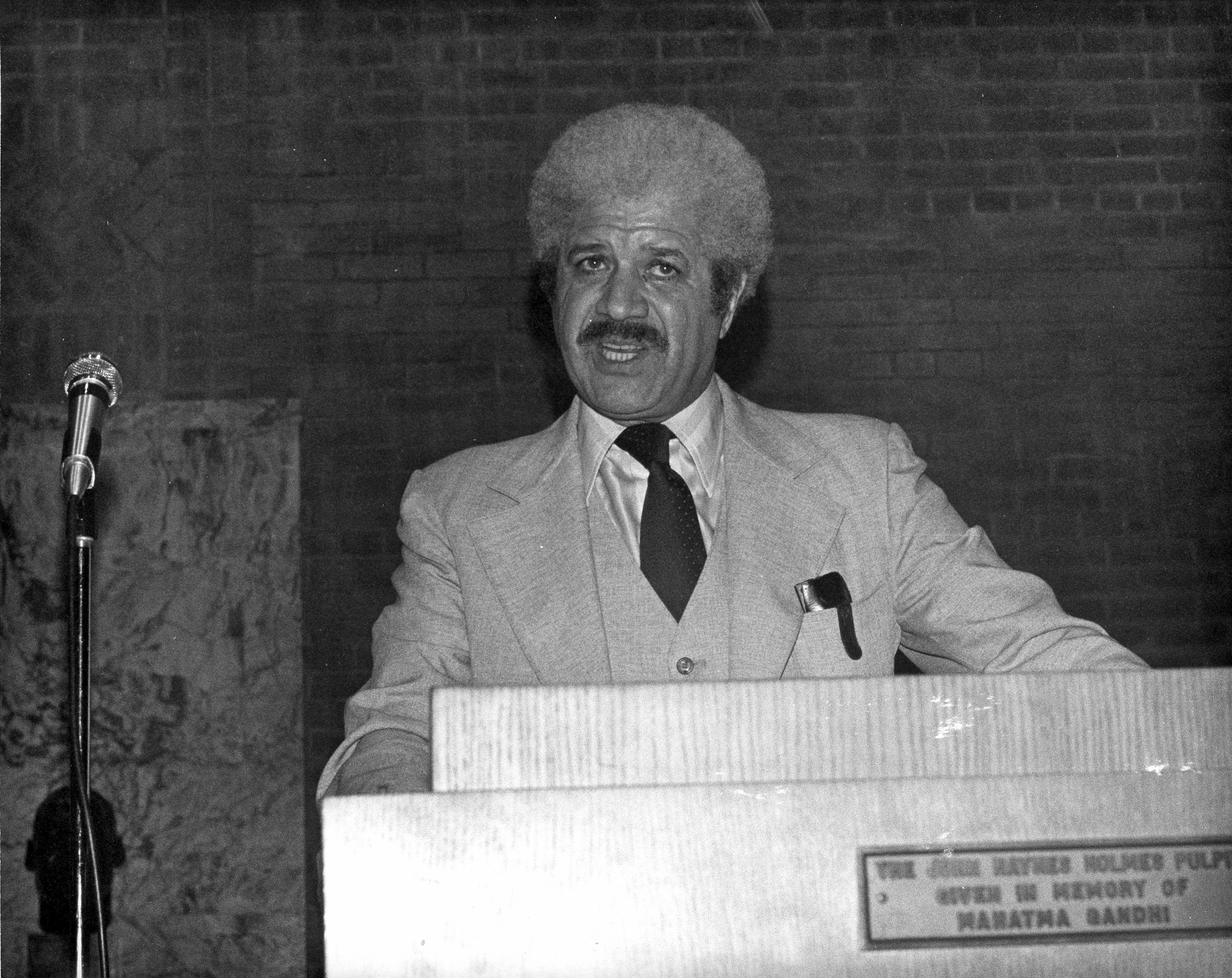 William H. Booth speaking at the American Committee on Africa’s 25th anniversary celebration. The event was held at the Community Church, where ACOA had its first office. Booth is speaking at the John Haynes Homes Pulpit, given in honor of Mahatma Gandhi. Booth was President of the Executive Board of ACOA. He also was a civil rights leader and judge in New York City.