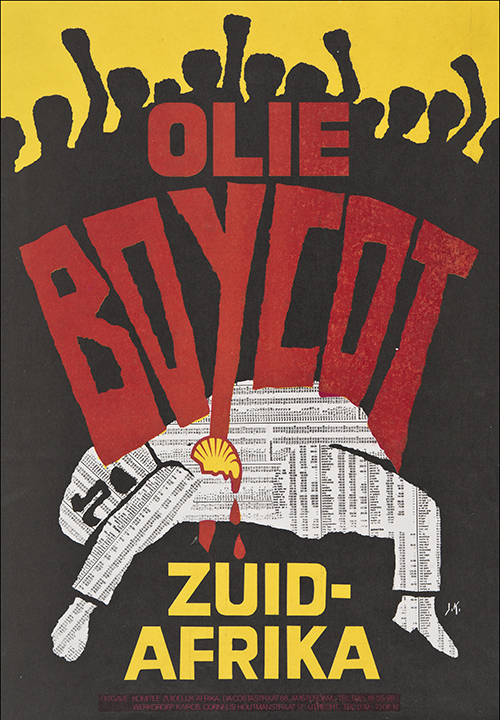 Click image to enlarge
by Komitee Zuidelijk Afrika, Werkgroep Kairos
Amsterdam, Netherlands
May 1979
Organization:
Komitee Zuidelijk Afrika
Werkgroep Kairos
Browse other objects related to organization
Type: Poster
Coverage in Africa: South Africa, Zimbabwe
Coverage outside Africa: Netherlands
Language: Dutch
Poster produced as part of a campaign for an oil boycott of South Africa, part of a campaign to isolate the country. The oil boycott sought to stop the shipment of oil to apartheid South Africa. At the time this poster was produced there also were also mandatory UN sanctions against Rhodesia that got its oil through South Africa. This poster was designed by Jan Koperdraat. Courtesy of the Center for the Study of Political Graphics which digitized this poster and provided it to the African Activist Archive Project. Size: 16 1/4 x 11 1/4 inches.