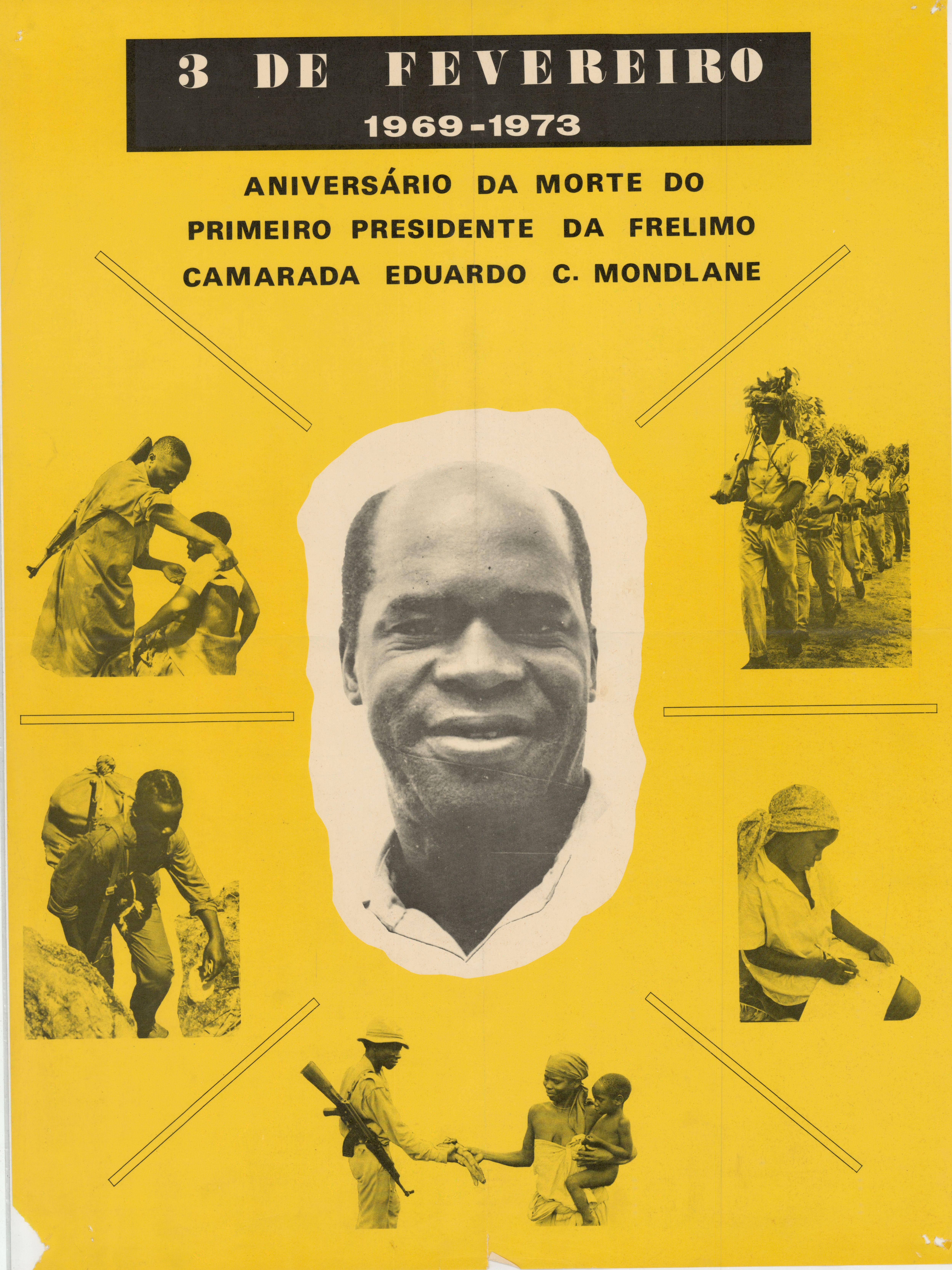 Poster issued to mark the fourth anniversary of the death Eduardo C. Mondlane, the first president of FRELIMO (Mozambique Liberation Front), the liberation movement of Mozambique that was fighting against Portuguese colonialism. Mondlane was assassinated by a bomb in a book sent to him at the Frelimo office in Tanzania. Most likely this poster was produced by Frelimo. Original size: 22 x 16-1/2 inches.