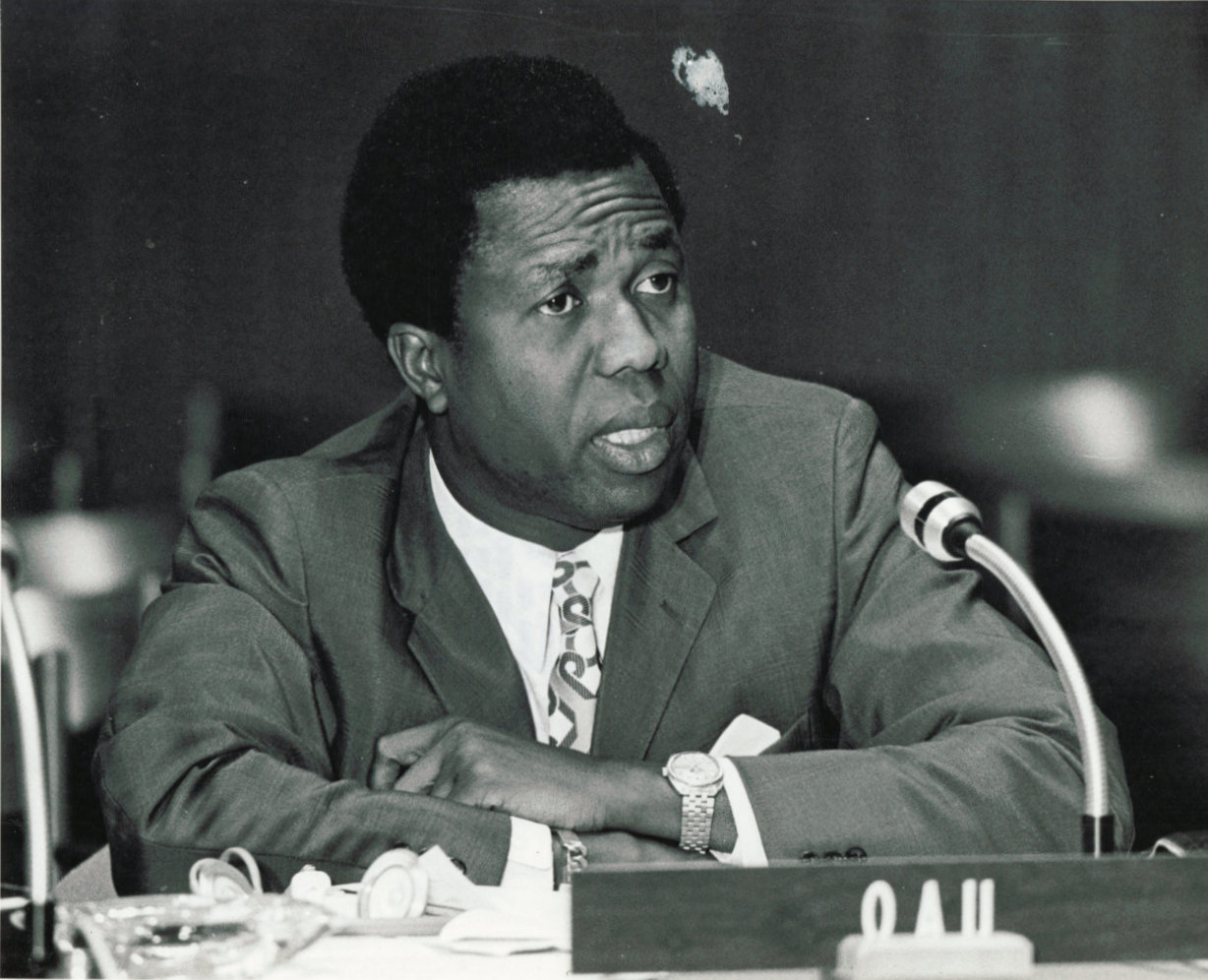 Click image to enlarge
by UN Photo by Y. Nagata
Lusaka, Zambia
April 20, 1972
Type: Photograph
Coverage in Africa: Africa, Southern Africa, Zambia
Coverage outside Africa: United Kingdom
Language: English
Olu Adesola, Secretary of the Organization of African Unity (OAU) Liberation Committee, making a statement to the United Nations Special Committee of 24 on decolonization. The OAU Liberation Committee was formed aid independence movements in the struggle against colonialism. The Special Committee of 24 left New York on April 3, 1972 for a series of meetings in Africa in which it gave priority to the hearing of petitions from and to the questions of Southern Rhodesia, Namibia and the African Territories under Portuguese administration. The meetings were held in Conakry, Guinea from April 10-13; in Lusaka, Zambia from April 17-21; and in Addis Ababa, Ethiopia from April 25-28.