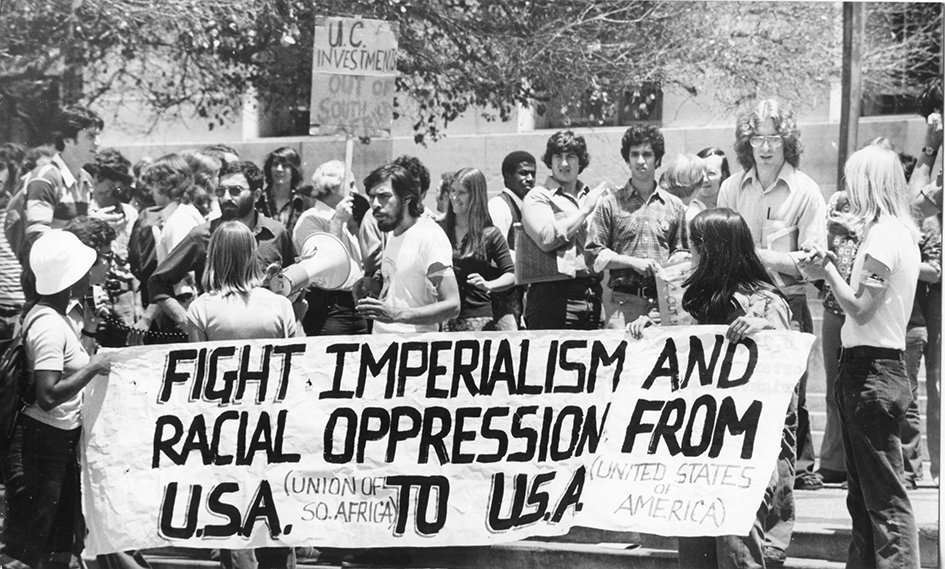 Anti-apartheid demonstration at the University of California, Berkeley. The demonstration was held as part of a campaign to get the University to divest from companies doing business in apartheid South Africa. The students demanded an end to U.S. support for South Africa and Rhodesia. This photograph was digitized by the International Institute of Social History which provided it to the African Activist Archive Project.