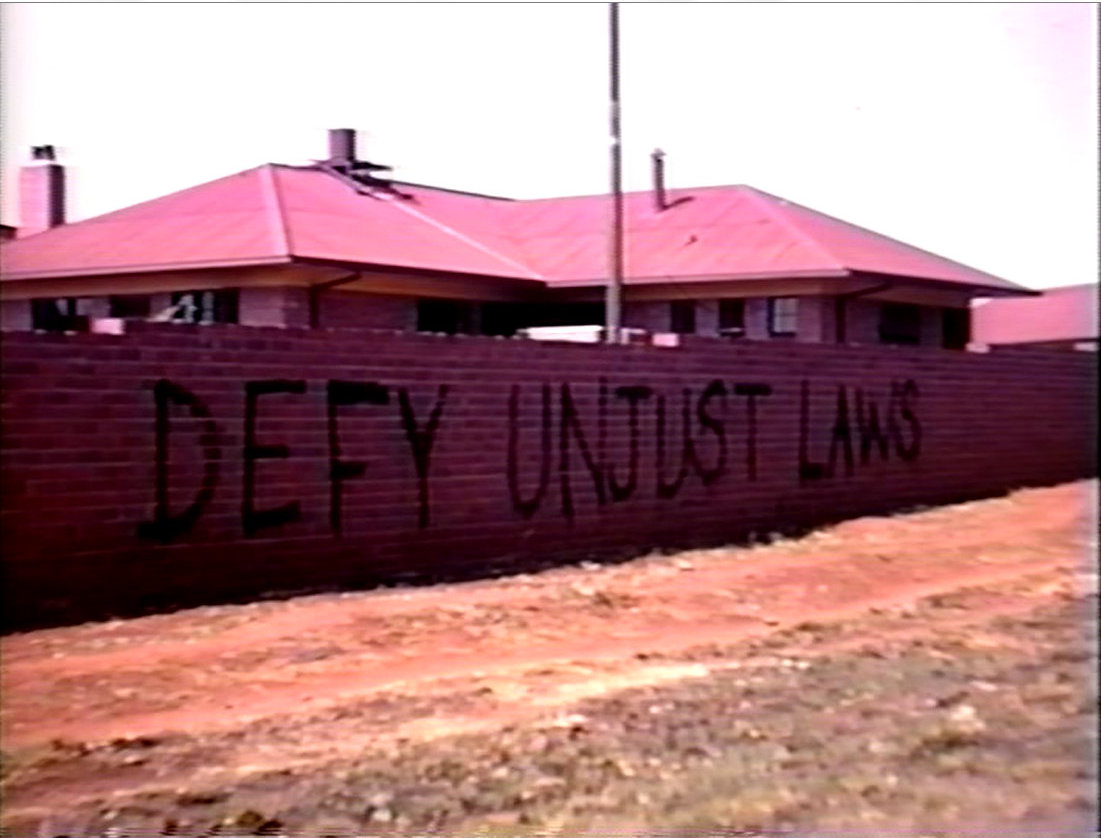 Click image to enlarge
by George M. Houser
South Africa
About September 1954
Organization:
American Committee on Africa
Browse other objects related to organization
Type: Photograph
Coverage in Africa: South Africa
Coverage outside Africa: United States
Language: English
Photograph of a slogan of the Defiance Campaign Against Unjust Laws of the African National Congress (ANC) that was presumably painted in 1952 or early 1953 during the campaign. The photograph was taken by George M. Houser, a founder of the American Committee on Africa (ACOA), during a trip to Africa in September 1954. After returning to the U.S. Houser became Executive Director on ACOA. Houser did not get into South Africa again until the 1990s.