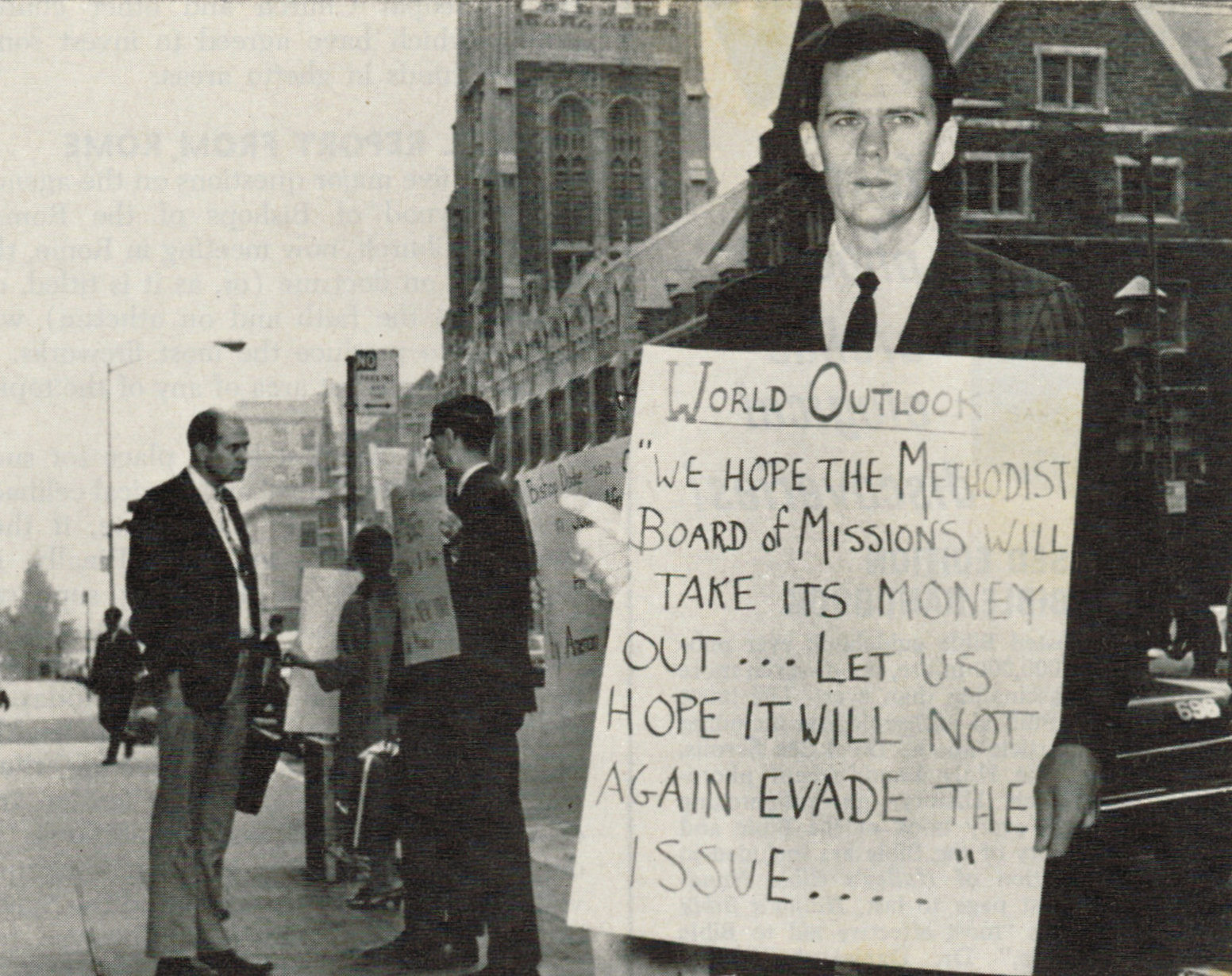 Picket outside an executive committee meeting of the Methodist Board of Missions at the Interchurch Center where the Board was meeting by students from Union Theological Seminary and the University Christian Movement. The pickets were part of a campaign to get the Methodist Board of Missions to remove a $10 million investment portfolio from First National City Bank if it renewed it involvement in a consortium loan to the South African government. (Source: Photograph and information from "BOARD MAY TAKE $10 MILLION FROM FIRST NATIONAL CITY", World Outlook, November 1967.)