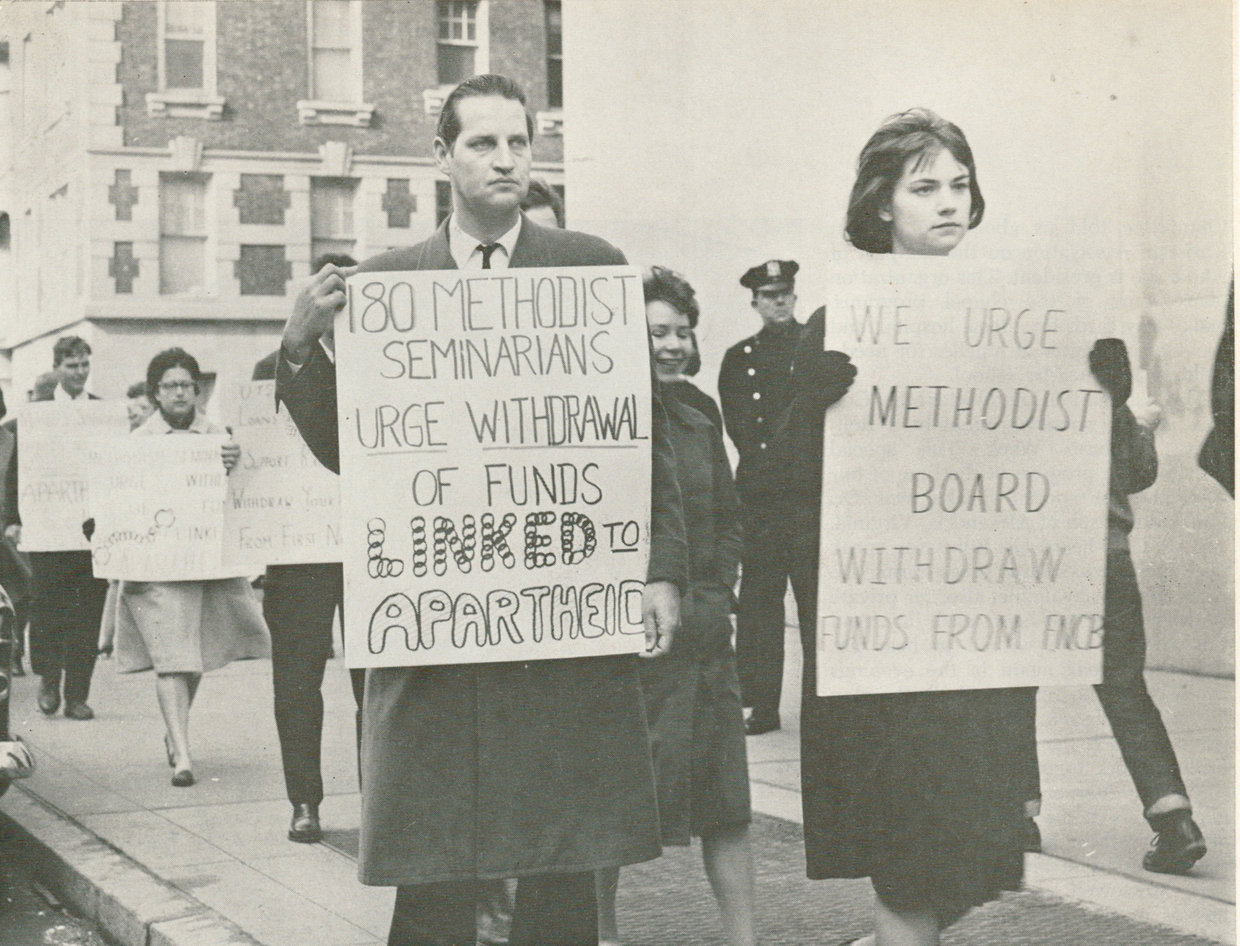 John Raines, a graduate student at Union Theological Seminary (UTS), leading some 50 UTS students picketing the Methodist Board of Missions during the Board's executive Committee meeting at the Interchurch Center, in a protest against the Board's depositing its accounts at First National City Bank. The students charged that the Board indirectly supported the economy of South Africa by having funds in a bank with extensive investments and financial arrangements there. The students presented Board President Bishop Roy H. Short with a petition to withdraw its funds from First National City Bank. (Source: Photograph and information from "SEMINARY STUDENTS SAY FUNDS AID APARTHEID", World Outlook, June 1968)