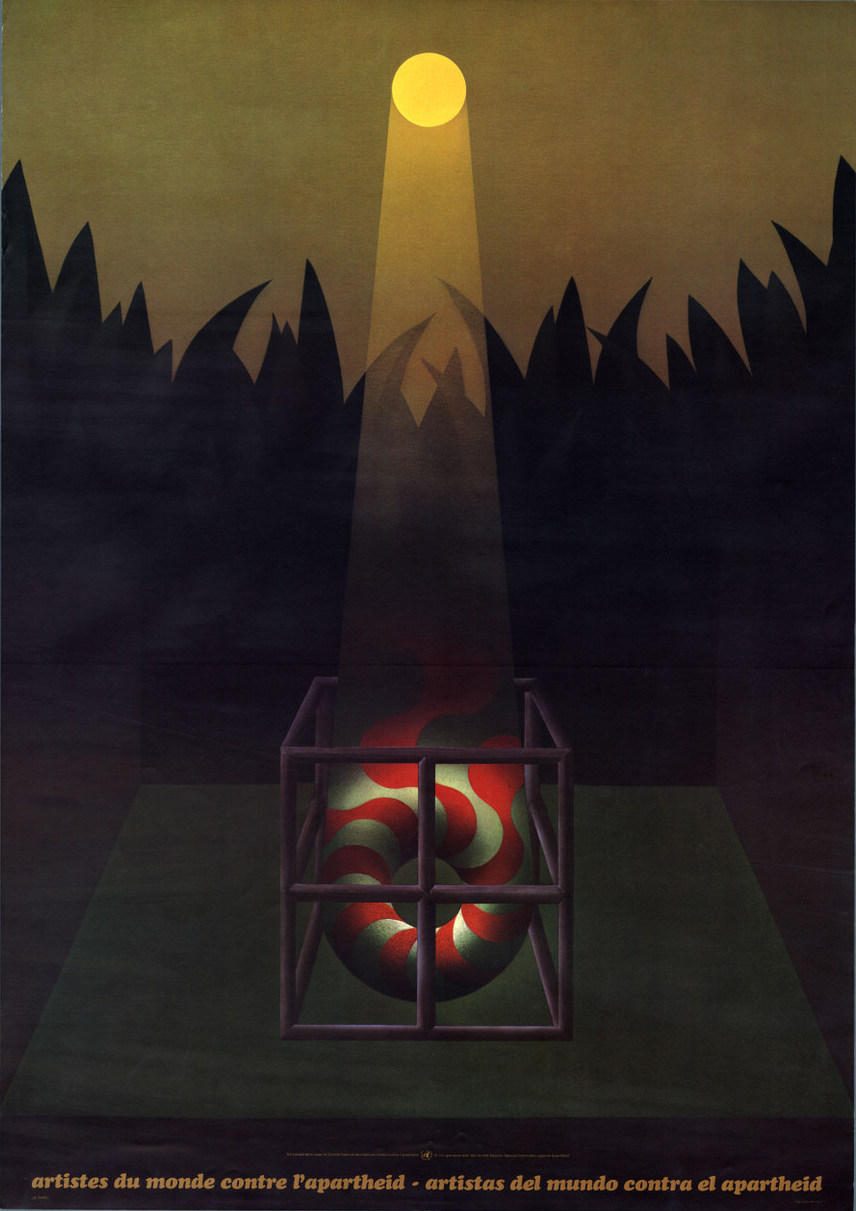 Click image to enlarge
by Julio Le Parc (designer), Artists of the World against Apartheid
Paris, France
Undated, early 1983, possibly late 1982
Organization:
Artists of the World against Apartheid
Special Committee Against Apartheid
Browse other objects related to organization
Type: Poster
Coverage in Africa: South Africa
Coverage outside Africa: France
Language: French
Spanish
One of a set of 15 posters was produced for an exhibition in Paris for the Observance of the International Day for the Elimination of Racial Discrimination on 21 March 1983. The exhibition was organized by a group called Artists of the World against Apartheid which was established in France by Antonio Saura and Ernest Pignon-Ernest in 1980. Both the exhibition and the posters were produced in cooperation with the United Nations Special Committee Against Apartheid. After Paris, the posters were exhibited in The Hague, Netherlands in May 1983. This item was digitized by the International Institute of Social History in the Netherlands, which made it available to the African Activist Archive.
Collection: International Institute of Social History